The self - my self - is ever-present and participant in my current work. Entering into, questioning the self and the physical body are themes; while the body may be thought of as a constant format readily at my disposal, it is mutable in both physical and psychological terms.

The notion of the face, or face value, recurs. Things may not be what they seem, illusory surfaces offer their own interpretations: a cracked mirror, a cracked bust, a refashioned coin.

The possibility of a work existing ambiguously as either an image or an object fascinates me. In particular, the relationship between the illusory nature of an image and the three-dimensional reality of a sculpture forms an ongoing dialogue. Contradictions inform the conversation: revelation-concealment; constraint-desire; logic-whim; creation-destruction.

Ultimately, the moment the viewer enters the conversation, interpretation can begin. 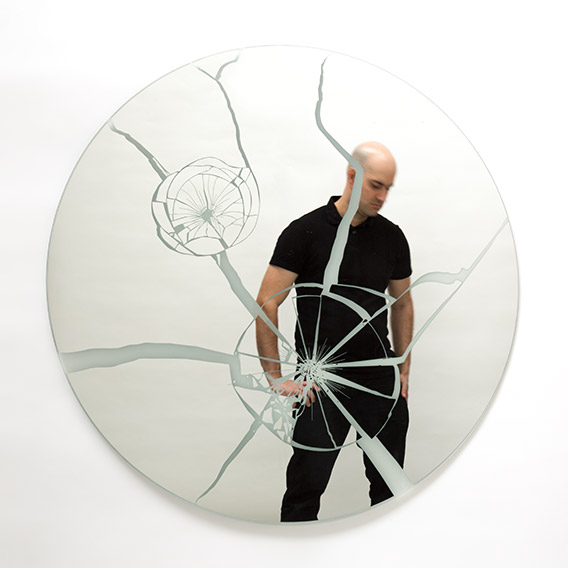